Authorities in the United Kingdom have arrested a 20-year-old man for allegedly operating an online service for sending high-volume phishing campaigns via mobile text messages. The service, marketed in the underground under the name “SMS Bandits,” has been responsible for blasting out huge volumes of phishing lures spoofing everything from COVID-19 pandemic relief efforts to PayPal, telecommunications providers and tax revenue agencies. 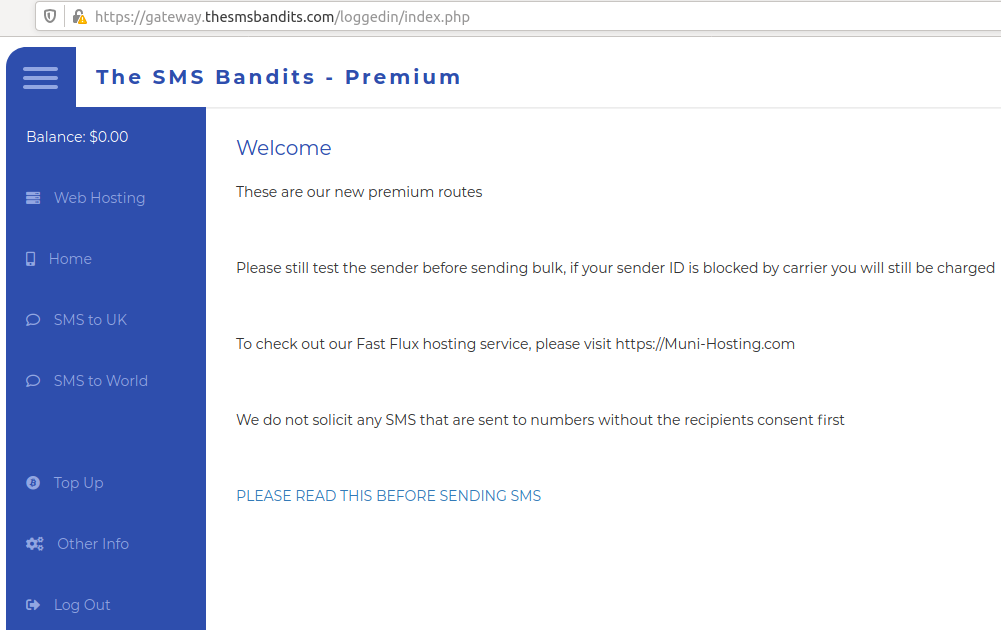 The U.K.’s National Crime Agency (NCA) declined to name the suspect, but confirmed that the Metropolitan Police Service’s cyber crime unit had detained an individual from Birmingham in connection to a business that supplied “criminal services related to phishing offenses.”

The proprietors of the phishing service were variously known on cybercrime forums under handles such as SMSBandits, “Gmuni,” “Bamit9,” and “Uncle Munis.” SMS Bandits offered an SMS phishing (a.k.a. “smishing”) service for the mass sending of text messages designed to phish account credentials for different popular websites and steal personal and financial data for resale.

Sasha Angus is a partner at Scylla Intel, a cyber intelligence startup that did a great deal of research into the SMS Bandits leading up to the arrest. Angus said the phishing lures sent by the SMS Bandits were unusually well-done and free of grammar and spelling mistakes that often make it easy to spot a phony message.

“Just by virtue of these guys being native English speakers, the quality of their phishing kits and lures were considerably better than most,” Angus said.

According to Scylla, the SMS Bandits made a number of operational security (or “opsec”) mistakes that made it relatively easy to find out who they were in real life, but the technical side SMS Bandits’ operation was rather advanced.

“They were launching fairly high-volume smishing campaigns from SMS gateways, but overall their opsec was fairly lousy,” Angus said. “But on the telecom front they were using fairly sophisticated tactics.” 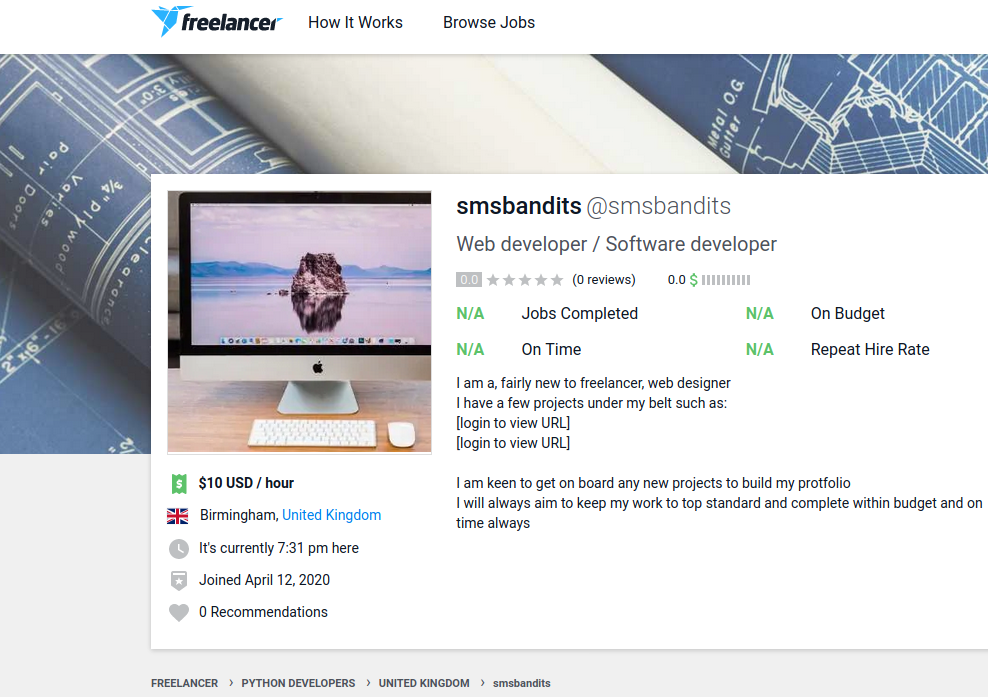 The proprietor of the SMS Bandits, telling the world he lives in Birmingham.

For example, the SMS Bandits automated systems to check whether the phone number list provided by their customers was indeed tied to actual mobile numbers, and not landlines that might tip off telecommunications companies about mass spam campaigns.

“The telcos are monitoring for malicious SMS messages on a number of fronts,” Angus said. “One way to tip off an SMS gateway or wireless provider is to start blasting text messages to phone numbers that can’t receive them.”

Scylla gathered reams of evidence showing the SMS Bandits used email addresses and passwords stolen through its services to validate a variety of account credentials — from PayPal to bank accounts and utilities providers. They would then offload the working credentials onto marketplaces they controlled, and to third-party vendors. One of SMS Bandits’ key offerings: An “auto-shop” web panel for selling stolen account credentials.

SMS Bandits also provided their own “bulletproof hosting” service advertised as a platform that supported “freedom of speach” [sic] where customers could “host any content without restriction.” Invariably, that content constituted sites designed to phish credentials from users of various online services. 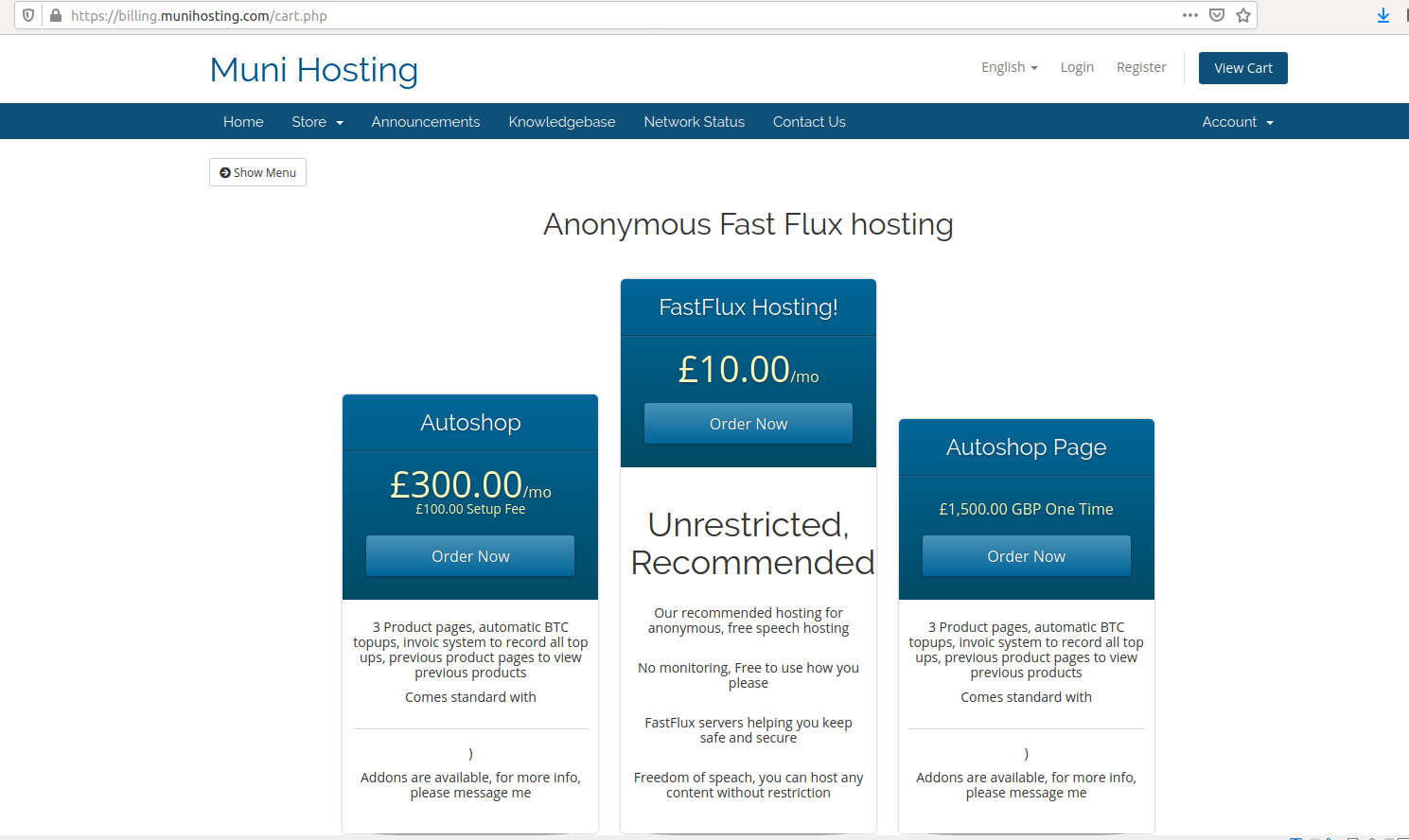 The SMS Bandits phishing service is tied to another crime-friendly service called “OTP Agency,” a bulk SMS provider that appears catered to phishers: The service’s administrator stated on multiple forums that he worked directly with the SMS Bandits.

Otp[.]agency advertises a service designed to help intercept one-time passwords needed to log in to various websites. The customer enters the target’s phone number and name, and OTP Agency will initiate an automated phone call to the target that alerts them about unauthorized activity on their account.

The call prompts the target to enter a one-time password generated by their phone’s mobile app, and that code is then relayed back to the scammer’s user panel at the OTP Agency website.

“We call the holder with an automatic calling bot, with a very believable script, they enter the OTP on the phone, and you’ll see it in real time,” OTP Agency explained on their Telegram channel. The service, which costs anywhere from $40 to $125 per week, advertises unlimited international calling, as well as multiple call scripts and voice accents. 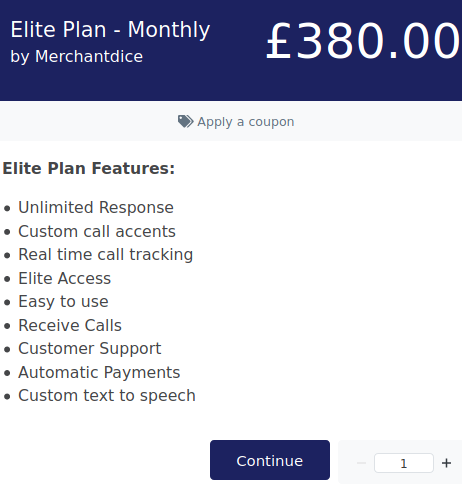 One of the pricing plans available to OTP Agency users.

The volume of SMS-based phishing skyrocketed in 2020 — by more than 328 percent — according to a recent report from Proofpoint, a security firm that processes more than 80 percent of North America’s mobile messages [Full disclosure: Proofpoint is currently an advertiser on this site].

from Krebs on Security https://ift.tt/2MNiYMc